The new "Black Gold" is already on sale in Indonesia!

The new "Black Gold" is already on sale in Indonesia! 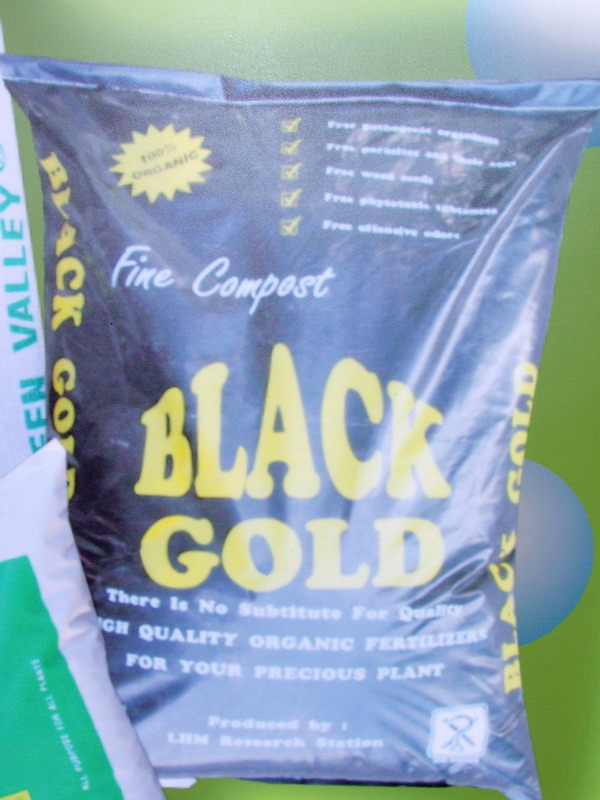 All I can say is
David, thank God there are people like you on this mailing list and I
personally want to thank you for taking time to clearly point out the true
magic of Terra Preta is the biology above all else!


Only yesterday in a
conversation with Danny Day I stress the same thing "Stop talking about
biomass to fuel and focus on biochar for soil restoration". I've been
asking the same question time and time again "What is the best charcoal
for long term microbial response"? To date I have not received an
definitive answer! but as I've mentioned before Robert Hill noted that charcoal
made in the flash carbonizer appeared the have a higher response.

Regarding the application of
biochar in agriculture and the naming of "Black Gold" or "New
Black Gold" there is already a company selling the closest thing I've seen
to terra preta in Indonesia. This product is not just the output of some
mindless mixing of "X" and "Y" to get "Z". Here
they start the process by first introducing microbes into the animals feed then
the take the odourless manure and mix that with waste mushroom compost,
charcoal and dolomite. Then they apply more microbes and allow to ferment for
one month and currently the Japanese buy every Kg they produce (1,100T/mt).

So if this approach was
applied to all animal farming would we still need to char the manure? and how
much further would each ton of charcoal go? If we want to start
promoting the next revolution in "Carbon Capture Cropping" then we need
to take a closer look at every thing we've done wrong in the past century and
that starts from the ground up as David points out!

I just took some soil, leaf
and corn samples from my field trial yesterday and I hope to have some
data for you in the coming weeks. Attached is a photo from our modified seaweed
extract + biochar at day66, as I've mentioned before NO organic or chemical
fertilizer were added to the soil only biochar and foliar nutrients.

For the future of energy
production note, Stan Meyer's patent expired July this year and already two
working models have been produced by open source engineering www.h2earth.com . This is in no way to be
confused with Electrolysis (passing high electrical current through an
electrolyte) http://www.youtube.com/watch?v=u9XrLOudwRw low
voltage and low current and this water fuel cell is getting over 400%
efficiency. Another sign of hope for the future is a water power car in
Japan http://www.youtube.com/watch?v=E1OWDcWoXHs .
One thing to note about the HHO gas is that it's extremely reactive
(Exothermic) and is a perfect gas to use in gasification to reduce any waste
into H2:CO (syngas) so in the future this could take care of the offgas
from our charcoal production http://www.xogentechnologies.ca/ .

The point that I tried to
raise a few weeks ago is still as relevant, we need less talk and more
trials!

"Just an observation, from my view (Technician) we
really need to focus on data collection at this point and maybe not worry so
much about equipment (horse before the cart). The variables as I see them are
feedstock's (Forest, agriculture and animal waste) then processor (pyrolysis,
gasification & flash carbonization) then temperature. Now moisture content
should help determine what feedstock is best suited to what reactor. The
big variable that as yet remains unanswered is that is the most suitable
temperature and what with the effect be when the same temperature char is used
in soil of different pH? I've heard it all, high temp
"V" low temp and the most credible information I've received to date
is from Robert Hill that feedstock appeared to have more on an impact on
microbial response then temperature but he did note that char make from the
flash carbonizer appeared to have an extremely beneficial response. On
my own field trials I've stuck with 500C and on this years rice hull char I'm
getting a very positive response. Dr Zhong's student will collect all data
from this trial and when he processes it I'll pass it on. We need a more
practical guide for people to follow "Biochar manual" and at this
point I don't think it has to be based on strictly published data. Note a
technician never looks for the name of the guy that wrote the training manual,
so at this point even if you just set up a few pots with and with out char and
show us the results you'll be doing your part for the "Biochar training
manual"