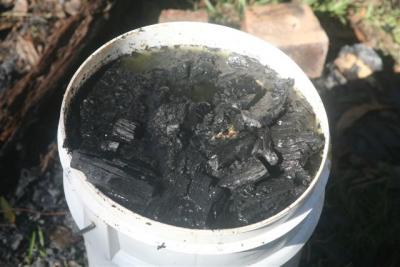 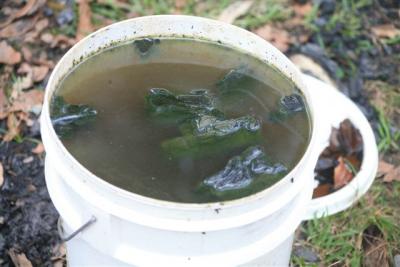 Couple of photos 6 weeks apart. Bucket is 20 litres. Added
to the water has been some pee, cow poo and a tablespoon of molasses.
First photo was 2 weeks after adding the char, second is 6
weeks later.

Approx 80% of the char has now sunk. The rest looks like sinking in another fortnight.
The sunken char is much easier to break (in one hand) than the material still in dry storage.

This char was produced at high temp 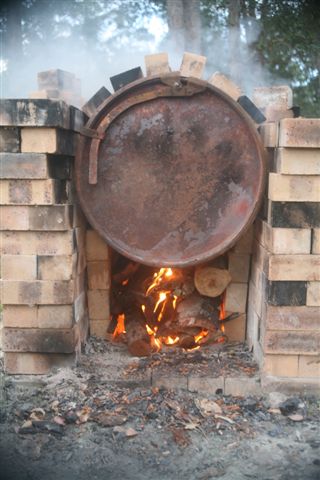 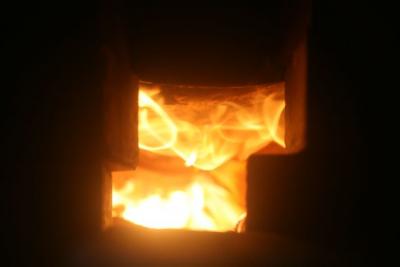 First is from the front of the kiln just after the fire was lit and before bricks were added across the front. The drum lid is held in place with an over-centre clamp. The side and rear bricks have been moved in to touch the drum to improve insulation.

Second is through a hole in the front brickwork, shortly after the gas started to flow. There are two fire layers

On the Practical Side

On the Practical Side
Max Henderson, SE Queensland, Australia, April 19, 2008