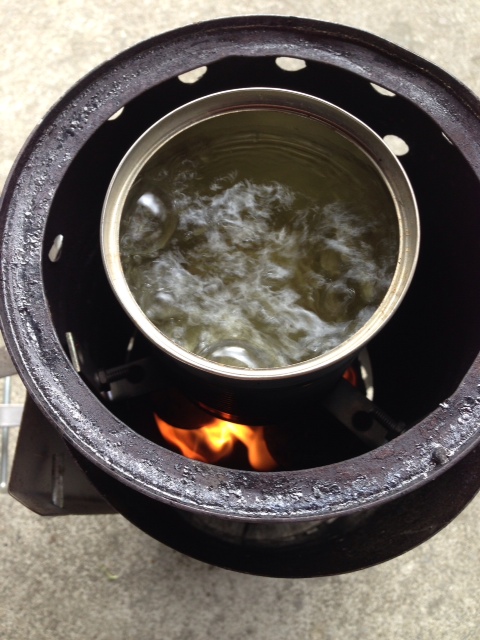 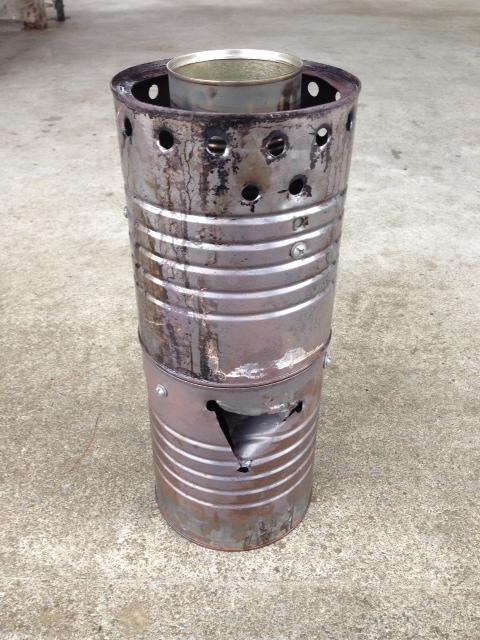 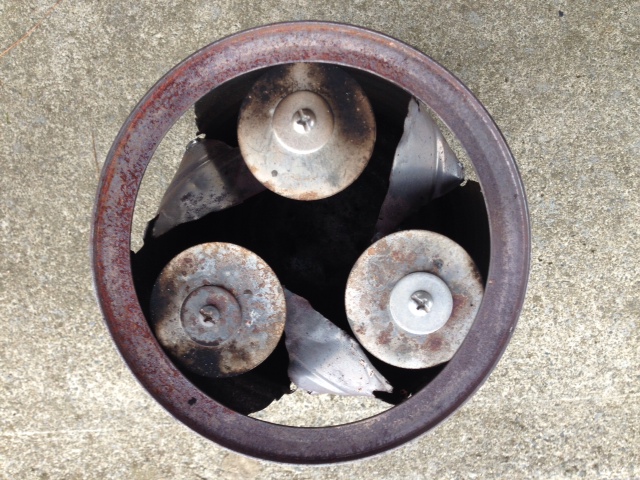 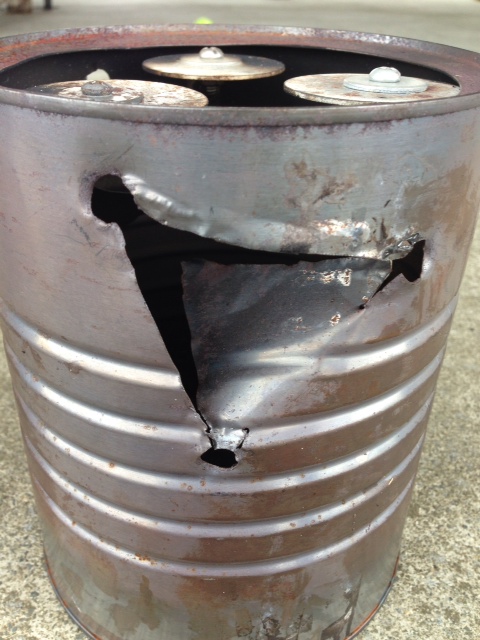 I revisited an earlier secondary air concept that used 3 triangular ports at 120 degrees around the fuel can. Importantly, the the third side of the triangle was bent down into the fuel can to create a vane to increase turbulence.

What I did today was to add three deflectors above the secondary airports/vanes. The deflectors were positioned midway between the ports and just below the top of the fuel can. Thus when the draft can was added, there was effectively no secondary air gap at all.

While this is only one run to see if the would work, the results were very good. Lots of turbulence. Some good flame noise. At the 15 minute mark I put on a 19 oz can of very cold tap water to boil. It boiled in 15 minutes. After about 30 minutes over the flames and in the flue, there was only a small amount of soot on the "pot". The pot bottom was NOT black. Ambient air temp was about 45f. Little to no wind.

Note: there is no use of a concentrator ring in this approach. The stack gases were visually very clean, no burning sensation in the eyes or nose.

I look forward to all comments and suggestions.